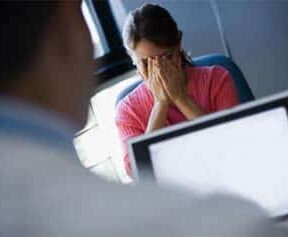 Broken engagement
If the engagement is broken off before the wedding date has been set, let as many people know by word of mouth; you could also put a notice in the paper along the lines of; Mary Jones and David Smith announce that their engagement has been broken by mutual consent.
If the invitations have already been sent out, the bride’s parents should send out a message of this kind: Mr and Mrs Harold Jones announce that the marriage of their daughter Mary to Mr David Smith will not now take place.
If the wedding presents have been received they should be returned with a polite note from the girl or her mother. The girl may offer to return the engagement ring, and the man may or may not take up the offer. If the wedding dress has already been bought, most shops will take it back and refund the money without any difficulty; if they will not, or if the dress has been specially made, it should be possible to sell it quite easily.

If you order online your bridal wedding ring sets from our goldsmiths, you will no longer even think to cancel or postpone your wedding ceremony!

Cancelling the wedding
Occasionally an unprecedented disaster such as a bereavement occurs so close to the wedding that it is impossible to go ahead as planned. In this case the bride’s mother should send out a message similar to the following: Owing to the sudden death of Mr Jones, Mrs Jones deeply regrets that the marriage of her daughter Mary to Mr David Smith has been cancelled.

Postponing
If the wedding is to be postponed to a known date, the announcement may read something like this: Because of the illness of the bride’s brother, Mr and Mrs Alan Jones have been obliged to postpone the marriage of their daughter Mary to Mr David Smith, which was to have taken place on Saturday, June 14th, to Saturday, August 12th at the same venue.

Cancellation and announcement
If a bereavement has taken place but the couple have decided to go ahead and marry quietly on the planned day or around the same time, the bride’s parents may send a message which both cancels the invitations and announces the alternative wedding: Because of the death of the groom’s mother, Mr and Mrs Alan Jones regret that they are obliged to cancel the invitations to the wedding of their daughter Mary to Mr David Smith. The wedding was to have taken place on June 14th, but will now take place quietly on June 21st.

You will find wedding bands made of platinum 950 in Frankfurt, Germany only in our online store. Visit us in Frankfurt and check how our workshop for online jewellery works!

Illness
Every bride’s dread is that she – or the groom – will be ill on the wedding day. After all the planning, few things are worse than discovering that you are not well enough to enjoy it. If one partner becomes ill some time before the wedding and is obviously not going to be well enough to attend the service, two options are open; you can either postpone the marriage, as above, or you can ask for a special licence from the Archbishop of Canterbury so that the wedding can still take place on the planned day but in the hospital or at the home of the ill partner. In either of these cases you will need to let your guests know your change of plan.
If one of you is simply too ill on the day itself to go through with the ceremony, for instance as the result of a car accident, you will have no alternative but to cancel or postpone the wedding. It may still be possible to invite the guests to the reception venue so that they at least have a get-together after all their planning and travelling!
If one of the other main participants is ill, such as the best man or the bride’s father, it may well be possible to find a last-minute substitute; your guests will understand if things do not run totally smoothly. 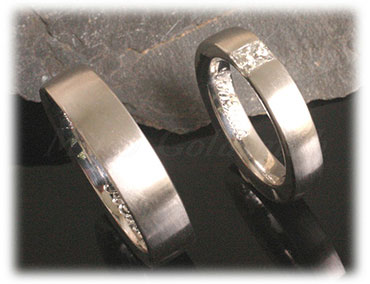 Accidents
The other dread of every bride is that something will go wrong; the cake will collapse, the car will get a puncture, she will trip over going up the aisle, or it will pour with rain and soak the whole party. Try to keep a sense of humour and remember that these are the kind of incidents that anecdotes are made of years later. Brides have gone down the aisle with muddy dresses or torn hems, grooms have been married with one foot in plaster or slipped on the chancel steps, but these don’t actually matter one jot to the essence of the marriage ceremony itself!