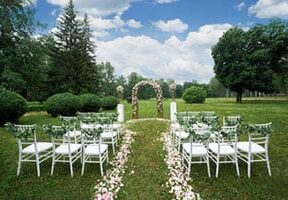 Wedding day scenarios
By the time the big day dawns, everyone should have a very clear idea of what their duties are and when they should perform them. It is a good idea to have a rehearsal for the actual service in the church, so that everyone knows just where they should be standing at what time; the best time to do this is soon before the wedding, so that as many as possible of the actual participants can attend.

When the bride wakes up in the morning it will still seem as though there are 101 things to do, but if you have been well organised through the preceding weeks the whole procedure will probably run like clockwork! The bride will spend the hour or two before the wedding getting ready for her honeymoon and checking that everything is packed, getting changed into her bridal attire, and having her photograph taken if the photographer has been booked to come to the house.

Meanwhile, at the church.. .the ushers will have arrived 45-60 minutes before the service is due to start so that they are there to greet any early guests, to make sure that they know what their duties are, and to be ready with the orders of service. About 20 minutes before the service the minister will arrive, and so will the groom and best man. The groom and best man will pose for photographs, and the best man will pay the fees on behalf of the groom and make sure that the ushers know what they are doing. If you are having bellringing this will probably take place for about half an hour before the service; inside the church the organist will have arrived about half an hour early and will be playing quietly as the guests begin to arrive.

Most guests will arrive about 15 minutes before the service begins. The ushers will give them each an order of service and show them to their appropriate seats. Depending on the size of the church and the size of the wedding, the first one or two pews are reserved for the couple’s families, the second one or two for more distant relations, and the pews behind that are for friends. The groom’s family and friends traditionally sit on the right, behind the groom, and the bride’s family and friends on the left, behind where the bride will stand.

About 10 minutes before the ceremony is due to begin the bride’s mother arrives; she is personally escorted to her seat by one of the ushers, and sits in the front pew on the left of the church. She must remember to keep a seat spare on her right so that the bride’s father can sit down when he has completed his part in the service. The bride’s mother should be the last guest to arrive; if there are any latecomers the ushers should slip them into the back seats with the minimum of fuss and attention, so that people are not distracted from the ceremony itself.

Also about 10 minutes before the service the bridesmaids arrive. The chief bridesmaid will check that everyone looks smart and that all the junior attendants know what they are doing, and they will all have some photographs taken.

The day itself – The bride arrives
The bride arrives
The bride’s arrival will usually be timed perfectly by the chauffeur so that she arrives within one or two minutes of the set time for the wedding. She may have one or two photographs taken with her father and with all the attendants, and then the wedding party will group ready to go down the aisle.
The organist or trumpeter will begin the chosen wedding march, and the groom and best man will rise from their seats at the front of the church and stand at the head of the aisle; the minister will be in position at the front of the church. The bride comes down the aisle on her father’s right arm so that she will be standing next to the groom when she reaches the head of the aisle. In some cases she may be preceded by a flower girl scattering petals or confetti. Behind her will come any pages that are actually helping to carry her train. If there are no trainbearers the next person in the procession is the chief bridesmaid, followed by any other bridesmaids and junior attendants such as flower girls and pages. If there are only two bridesmaids they may walk down together, but if they are of very different heights it is better for the taller one to precede the smaller.

The groom and best man turn to greet the bride as she arrives at the front of the church, and the chief bridesmaid takes the bride’s bouquet and lifts her veil if she has one. The minister or the best man provides the wedding party with orders of service if they need them; the minister issues a greeting to everyone present, and then a hymn is usually sung as a prelude to the marriage itself.

The minister takes the bride and groom through their wedding vows and charges anyone who knows any reason why they should not be married to declare it. The bride and groom often exchange rings as part of the ceremony. It is the best man’s duty to keep the rings safe and to present them to the minister at the appropriate time. The minister may take them on his service book or in his hand; he may bless them, or simply hand them to the bride and groom at the appropriate moment. The groom places the bride’s ring on her wedding finger and says the words telling her what the ring symbolises; if he too is having a ring the bride does the same for him. The minister will then declare that having met all the legal requirements and having made a public declaration of their intention to marry, the couple are now man and wife. He will then pray for the couple, and may give a short address.

The minister leads the way to the vestry for the signing of the register, followed by the bride on the groom’s left arm. They in turn are followed by the bride’s mother on the arm of the groom’s father, and then the groom’s mother on the arm of the bride’s father. After them come the bridesmaid and the best man, followed by any other adult attendants; small attendants may be provided with places at the front of the church if desired. In the vestry the register is signed by the person performing the marriage, the groom, the bride (using her maiden name) and the two chosen witnesses. 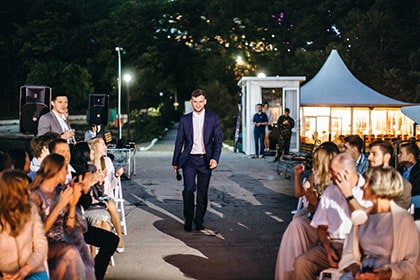 As the couple leave the church, they are often scattered with confetti – small brightly-coloured pieces of tissue paper in pretty shapes or shaped like rose petals. Confetti is the Italian word for confectionery, or sweets, which is what was formerly used, symbolising wishes that the marriage would be attended by lots of sweet experiences. In this country real flowers were often used, or their petals, until the advent of paper confetti. These days, in our technological era, the circles made by punching holes in computer paper are often used! It is important to ask whether confetti is allowed outside or near the church – some ministers, understandably, object to the amount of clearing up that it necessitates.

Rice is also a traditional form of confetti in this country – and grain of some sort or another is used in many countries – because of its symbolism with fertility. Sometimes the grain is in the form of small cakes, which in fact are the origin of our own wedding cakes. The bride used to be showered with them, but now she can keep the cake intact for her guests to share in! Fruit and nuts and raisins are also used as confetti in some cultures, again symbolising the wish that the marriage should be rich and fruitful.

Outside the church the wedding party may emerge under a guard of honour of ceremonial swords, a canopy of ribbons, or to a reception in keeping with their hobbies or interests – for instance a football team suitably dressed, or a party of schoolchildren if one of the couple is a teacher. Bells are often rung as the couple leaves, traditionally a way of letting the whole town know that the wedding has taken place. In Romm times, grooms threw nuts at their attendants as the marriage ceremony finished.

In Elizabethan times the congregation could grab for favours from the bride – these could be anything from ribbons and buttons to gloves, girdles, purses and garters.

In some rural areas of Britain the path in front of the newly married couple would be strewn with symbols of the groom’s trade, for instance cloth for a weaver or tailor, woodshavings for a carpenter, scraps of iron or tools for a blacksmith.

In Italy bonbons, sugared almonds and tiny cakes can be scattered over the bride and groom; the cakes may be made in the shapes of hearts, Rowers and good luck symbols.

In Cleveland attendants used to fire a gun charged with feathers over the newly-married couple, as a wish that nothing harder would fall on them throughout their marriage.

In Bamby Moor during the last century the minister had to leave the church very quickly after he had performed a marriage ceremony, as it was traditional for the congregation to shower him with hassocks and hymnbooks.

At traditional Czechoslovakian weddings the bride and groom would emerge from the church under a canopy of ribbons sketched out by a party of attendants dressed in national costume.

In Moravia the path taken by the couple as they left the wedding ceremony would be decorated In elaborate patterns of chalk.