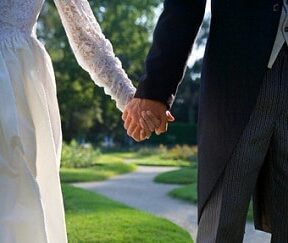 Wedding Ideas – Marriage and the Law

Legal Requirements – Law and Marriage
Who may many whom is an issue that is important in most civilizations the world over. Some traditions are keen to keep the purity of the race unsullied; in these cases it may be illegal, or unpopular, to marry someone outside your own tribe, race, caste or even family. We can see the legacy of this idea in royal marriages; in most countries with royal families there is a restriction on whom the monarch or heir to the throne may or may not marry. In other traditions the laws are concerned with preventing inbreeding, and in these cases it is illegal to marry someone who is closely related. These are called the laws of consanguinity. In England in the 14th century the laws of consanguinity were so complex that it was a veritable minefield trying to find someone that you could marry. A widow or widower could not marry the first, second or even third cousin of a deceased spouse, and godparents were also looked upon as blood relations; two people who had been godparents to the same child were not allowed to marry. As a result of the constant confusion over who was related to whom, the system of calling the banns was introduced in the 14th century; the names of the two people intending to marry had to be read aloud for three consecutive Sundays before the wedding. Presumably this gave the congregation the best part of a month to work out whether there was any relationship or not!

Following the rites of the Church of England
1 By publication of banns. The banns are published by being read aloud on three successive Sundays before the wedding, often the three Sundays just before. If the couple live in the same parish the banns are read in the parish church where they will be married; if they live in separate parishes they are read in both parishes. If the person is generally known by a name other than the one on his or her birth certificate, then the banns are published in his or her popular name, or in both that name and the name on the certificate. Once the banns have been published the wedding can take place at any time within the three following months. If the wedding has to be delayed beyond this time the banns have to be published again.

2 By common licence. Common licences make the reading of the banns unnecessary and only one clear day’s notice is required before the licence is issued. They are available from the Bishop’s registered office in every cathedral town and from certain other authorised personnel. If you want a common licence the minister of the church will tell you where to apply. One of the partners has to apply in person and sign a declaration that there is no legal reason why they cannot marry, and that one or other partner, or both, has lived for at least 15 days in the area served by the church where the marriage is to be held.

3 By special licence. Special licences are issued only by the Archbishop of Canterbury, and only if there is some very urgent reason why the normal reading of the banns cannot take place. A special licence allows the wedding to take place at any time and in any place within the following three months.

4 By Superintendent Registrar’s certificate. This is a certificate issued by a registrar allowing a Church of England minister to conduct a marriage, but is a method that is very rarely used.

Before a Registrar
1 By Superintendent Registrar’s certificate. A form is completed stating the names of the partners, their addresses and ages, the name of the building to be used for the wedding, and a signed declaration that there is no legal objection to the marriage. Both partners must have lived in the area for seven days prior to the declaration, or each must make a separate declaration before the registrar of their own district.
2 By certificate and licence. In this case only one partner needs to make a declaration, but the other must either be within England or Wales or have his or her usual residence there.
3 By Regiatrar General’s licence. This is reserved for cases of extreme illness when it would be impossible to marry anywhere other than in hospital or at the sick person’s home.
In churches of other denominations 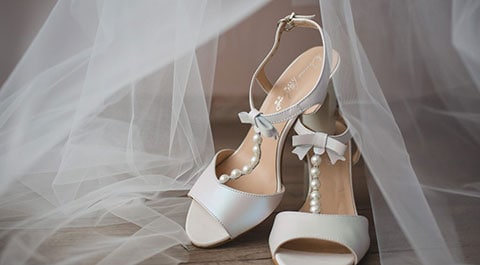 In these cases the authorised registrar for the area concerned grants a licence. The church or building where the wedding is to take place should normally be licenced for marriages, and the registrar or other authorised person – usually the minister – must be there to register the marriage.

You can find Handcrafted Wedding Bands from Germany only in our online shop!