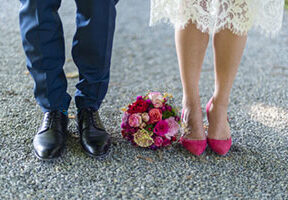 Work out a Timetable and Setting the Date – Plan my Wedding

Work out a Timetable and Setting the Date – Plan my Wedding
After you’ve recovered from getting down on one knee and popping the question and the champagne corks, you need to start planning a timetable to prepare for the big day. There is a lot more to it than you realise, but if you make a month-by-month or even week-by- week countdown plan, it won’t seem quite so stressful. Use the Countdown table as an aide memoire.

You can pick and choose the elements you want to incorporate into your wedding plan, but the key thing is to have a wedding organizing system or tool, which could be a spreadsheet, diary or Clare says, make it unique Apart from making a statement to each other and to the rest of the world about your devotion and commitment, civil partnership is your chance to share your happiness with everyone you love. You do not have to follow any set pattern, invite extended family, wear a big white dress, or have a cake – you can if you wish, but you can use your imagination to create a celebration that is truly unique.

You can make your civil partnership exactly what you want to make it, which is incredibly liberating, and you do not have to apologise for anything, feel any sense of shame or embarrassment – feelings with which so many gay couples battle as they find their relationships compared unfavourably with straight couples.

To be able to make this promise in public and in law is the biggest step towards equality that gay couples have ever known, but it brings with it responsibility as well as freedom. You are promising to maintain the love and respect you have for one another through good as well as bad times. That promise matters, and although not every couple will stay together forever, by undertaking civil partnership they are making a strong statement of intent. 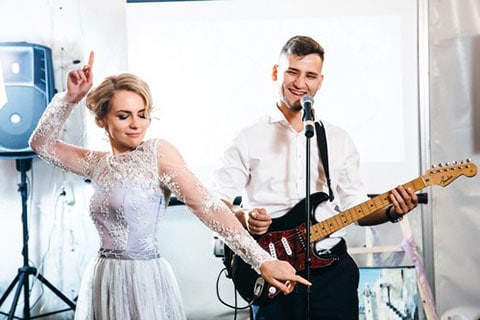 Clare Balding, TV sports presenter wall planner, marking out essential activities with deadlines and who is responsible for achieving them. You also need a filing system for the paperwork you will accumulate once you start to gather estimates, brochures and contracts from venues and suppliers. Allocate specific days or evenings in the week when you are going to work on your wedding plan, but also remember to have time out.

However much time you allow, always build in a contingency in case, for example, caterers don’t come back quickly with quotations, you can’t find the service you require, or there is some outside force such as a postal strike, snow, or family crisis. The best-laid plans always need to allow for unforeseen circumstances.

Jamie and Mike gave themselves only five months to organize the whole show – it took every spare moment, but they loved the build-up. They looked at three theatres that have civil wedding licences and decided on the London Palladium. ‘You can’t actually get married on stage, but it has a Cinderella Room, which seemed appropriate. It was gold and shiny, so camp – perfect for us,’ says Jamie.

Mike wrote a script for the whole day, including what the registrar would say. They both researched a wide range of poems, quotations and song lyrics and put together a programme, which was presented like a performance with references to cast and crew, the First and Second Acts. They had two meetings with the registrar before the event and he was very enthusiastic, as it was his first civil partnership. ‘He was superb,’ says Jamie. They also met with all the senior staff at the theatre.

The First Act – the ceremony – was held in the Variety Room, and as they entered the room, Jamie’s sister sang ‘Over the Rainbow’. Two of their closest friends played the roles of flower girl and ring boy, their friends gave short speeches about what their friendship with the pair meant to them, and Jamie and Mike then said a dedication to each other, using theatrical allusions.

This was followed by a cocktail party in the Cinderella Room, with canapes provided by the theatre and, as the speeches ended, a group from the London Cay Men’s Chorus provided the music. At 5.30pm they had to leave the theatre because it had a performance that night, so friends and family helped to clear up the props and shove them in a taxi back to Jamie’s brother’s hotel, while half the guests joined Jamie and Mike in a procession up to Old Compton Street, the heart of gay Soho, to have a drink at their favourite bar.

After the drink, 30 close family members went to The Ivy restaurant for a champagne reception followed by dinner. At 11.30pm, the party ended and they piled into cabs to get home. Jamie’s sister, mother and father had decorated Jamie and Mike’s bedroom in red material with rose petals and glitter on the bed and had lit candles around the room and placed a bottle of champagne by the bedside. A perfect end to a perfect day.

Setting the date
If you want to hold your wedding on a popular date in the summer, you may need to plan at least a year in advance. For example, 07- 07-07 was a particularly popular date, but any Saturday from June to September can be booked up even two years ahead of time.

Refer to the Countdown timetable to give you an idea of what to book and in what order, and to see if your proposed timetable is feasible. You will probably need to revise this as you go along, but by putting everything in your diary, nothing will be missed off the list.

Laura and I booked our venue and the registry office a year in advance, but did most of the organizing in the last six months. Jamie and Mike, a gay couple based in London organized a huge theatrical wedding in under five months.