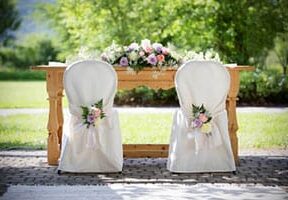 Prepare funny toasts and speeches on the wedding – useful tips

The speeches and toasts can be either the highlight or the low point of a wedding reception, depending on the participants! The purposes of the speeches are twofold; first to congratulate the couple and wish them well in their future life together, and secondly to say thank you to appropriate people. Many people quake when they know that they are going to have to make a speech at a wedding, but if you familiarise yourself with what you want to say and stick to a few basic guidelines you should be fine. If you are really stumped, there are agencies that will write a speech for you or provide you with a selection of jokes, anecdotes or quotations.

The bride’s father
In this country, the first person to make a speech is usually the bride’s father, if he is alive. If he is not, this speech could be made by whoever has given her away, or by an old family friend or favourite uncle or godfather. Generally this speech will say how happy the father is to see his daughter marrying the man of her choice, and how he is sure that all the guests want to join him in wishing the couple well. He may include one or two funny references to events leading up to the wedding, or from her childhood, but this should not be an excuse for causing the bride to squirm with embarrassment over tales of her first boyfriends or her early questions on where babies come from! The bride’s father will then propose a toast to the couple; this could take the form of ‘the bride and groom!’, or ‘Andrew and Sheila’ (or whatever the couple’s names are), or ‘to the happy couple!’ All the guests should raise their glasses, repeat the toast, and drink to the couple.

The groom
The groom is the next person to speak, and he will do so on behalf of the couple – the assumption being that the bride is too full of maidenly coyness to say anything herself! The groom’s speech is usually the one that gives least scope for wit, as his task is mainly to thank people who have been involved in setting up the marriage and reception. He should thank the bride’s parents (or whoever else has hosted the reception) for their generosity, and also for providing him with his bride; he should also thank anyone else whose contribution has been outstanding, for instance those who have cooked the food, made the bride’s dress, found the new couple a home, etc – or even introduced them in the first place. He then usually makes mention of the support of the attendants, and proposes a toast to the bridesmaids. If there are lots of bridesmaids the toast can simply be ‘the bridesmaids’; if there are only one or two he can toast them by name. Again the guests raise their glasses, repeat the toast and drink. 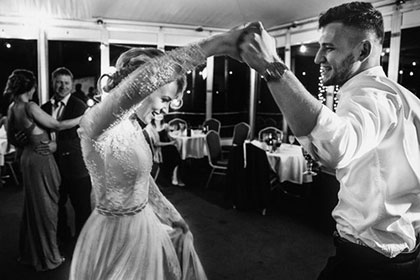 The best man
Traditionally the best man’s speech is the highlight of the reception; somehow it always seems much more permissible to embarrass the groom than it does to embarrass the bride! The best man is officially replying to the toast on behalf of the bridesmaids, but in fact he has the chance to pull the whole proceedings together with style. Anecdotes from the couple’s courting days always go down well, provided that they are not too cruel, and if the best man has known the groom for many years there are often chances to let the guests in on various well-kept secrets. When the best man has finished his speech he should read out any telegrams and important cards (having vetted them first for unsavory remarks…). If any guest of importance has been unable to attend the wedding, for instance a brother abroad or a parent in hospital, he may propose a toast to absent friends. At the end of the speeches, or a little while afterwards, the bride and groom cut the cake, and this concludes the official part of the reception.

Tips for making speeches Do:
make notes in case your mind goes blank keep it brief – five minutes should be a maximum try to include a joke or two to lighten the tension plan what you want to say well in advance rehearse your speech in the preceding week, to check that you have grasped the salient points Don’t: make embarrassing references to anyone tell blue jokes fidget, scratch or put you hand over your mouth mutter and look down at your feet sound as though you can’t wait to finish!